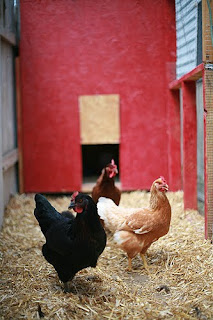 By Jennifer
Do you want to raise chickens but are deterred because your city currently does not allow them? Take heart, and take notes, from the story of one Northern Utah town’s ordinance change.
Like the question “Which came first, the chicken or the egg?” it’s hard to pinpoint who exactly got the ball rolling. On one side is Syracuse resident Paul Gardener whose interest in gardening and sustainability evolved to the point that he wanted to raise hens on his quarter acre. So he checked with his city.
The city code at that time allowed chickens in agricultural zones (naturally), but was vague about residential areas. Some could interpret chickens falling under the category of household pets. Yet further examination of the city code about household pets showed this phrase: that owners could not raise pets for food -- an interesting distinction given that hens lay eggs. Ambiguous? Yes.
Through his research Gardener also discovered that the city was in the process of revising its land use ordinances. He figured the time was right to make a few suggestions.
Meanwhile, on the other side of our “Which came first?” debate, Syracuse Planning Commission Chairman Robert Whiteley had the same idea. He deemed his own previous time raising hens “an amazing experience,” particularly for the responsibility it taught his children. He wanted his town residents to have the same chance, so introduced the idea to his colleagues in the midst of their other ordinance revisions.
Then Gardener showed up at public hearings. The timing was serendipitous, Gardener acknowledges. Like opposite sides of the same coin, he supported Whiteley by giving the voice of the citizenry; Whiteley was a champion to Gardener’s cause.
After some healthy debate over a couple months' time and a little education (such as pointing out that no roosters are required), the ordinance passed with nary a dissenting vote. 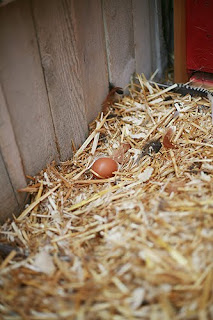 The resulting ordinance clearly identifies chickens in a category separate from farm animals or household pets. Citizens in Syracuse residential zones may tend up to six hens (or six rabbits, or a combination of the two totaling six). These animals must be kept outside the human dwelling in their own contained pens, which must be kept clean. No roosters are allowed in residential zones.
Unlike other cities’ chicken ordinances, Syracuse does not have acreage or boundary requirements (such as how many feet a coop is from property lines). Whiteley said he felt no need for the city to regulate where in the yard someone places a coop, so long as it is kept clean.
Whiteley agrees that Syracuse’s ordinance is looser than most -- and to him that’s a good thing. He doesn’t know how many people have started raising hens as a result of the ordinance change, since the city doesn’t require residents to register their birds. He reported, however, that the city has received no complaints in the two years the ordinance has been in place.
Gardener owns six hens and collected 876 eggs from them last year. Not every experience changing ordinances may be as smooth as his, Gardener knows, but he enthusiastically encourages others to give it a try. He and Whiteley offer the following advice for working with city officials:
1. Do your homework.
• Thoroughly examine your motives. What makes you want chickens? Is it for fun? For food? For science fair projects? You can’t convince someone to let you have chickens if you can’t articulate why you want them.
• Research chicken breeds, coop options, etc. that will work best in your climate and yard space.
• Learn everything you can about chicken care, so you can convincingly eliminate a panel’s concerns that they may be too noisy or smelly. Round up the testimonials of any people you know who raise chickens.
• Anticipate other questions, and have a plan. For instance, what will you do when your hens stop laying?
• Be familiar with your city’s codes. Ask at the city offices, or research online.
• Investigate the codes of neighboring cities, especially towns that allow chickens. “Then it’s not a unique request,” Whiteley said, noting that cities routinely compare their ordinances to other locales.
2. Plan your attack.
• Send probing emails or letters to city council and planning commission members, asking their opinions about raising chickens. Ask if the issue has been addressed before, and what obstacles resulted.
“If you find one person that is receptive to it, build rapport with that person,” Gardener said. “It can be a united front.”
• Network. Mention your interest everywhere you go; by so doing you may find valuable contacts. *
• Ask for the chance to appear before the city. This is where all your homework comes into play.
• Show your commitment, both in written communication and in attendance at meetings. If the issue goes before the governing panel, make it a point to be there for the vote. If a proposal to allow chickens is denied, note the reason for that.
3. Above all, be positive.
• Be persistent, but not to the point of annoying those you contact.
• Be pleasant and play to your audience. Whiteley doesn’t recommend angrily approaching a panel to say, “Hey, why won’t you let us do this?” Instead, point out all the positives of raising chickens, especially to the city itself. Does your city want to attract and retain citizens who value self-reliance? Show them how allowing chickens can do just that.
Gardener said he took this spin when pleaded his case. “In this big renaissance of keeping chickens, it’s not considered just a rural thing,” he said. “It’s modern and progressive. We had to make sure that was understood.”

Please check out Paul Gardener's blog at: http://apaetoday.blogspot.com/
* Jennifer’s note: As an example of networking, I don’t live in Syracuse and my town’s current acreage restrictions disable me from having chickens. During my telephone interview with Robert Whiteley he told me he has a relative in my town – who is on the planning commission to boot! Too bad my biggest obstacle to raising chickens is convincing my husband. But I now know whom to call if I do …
at 6:34 AM

This is such an encouraging post as I know many folks who have asked me if they could raise a few hens in the city. Check your own city ordinances, but most of the time it is OK to have 3 hens.

This is very encouraging! I approached my council about increasing the number of hens (we're in a rural area) and because I was respectful of their job to keep everyone happy, the experience was very good! Your guidelines are important because if we go in demanding things without considering the population as a whole (or the council's difficult job of keeping everyone happy), we will be quickly dismissed as trouble makers - which will lead them to think that raising chickens will be trouble!

Great ideas Jennifer. I appreciate you doing the research for us.

Well written Jennifer,
I'm glad to be able to help spread some encouragement to others wanting to get their own Chickens. They've been such a great asset to our urban farm I can't imagine not having them.
Paul Gardener~

I am so glad we got our chicks. I just have to decide on a coop and the details there. I placed on hold as many chicken books and have spent hours on line reading up on it over the last little while. I thought about it for over a year so I was really ready when the time was right. Thanks for your inspiration!