Do You Have Any Sugar Free Larvae? 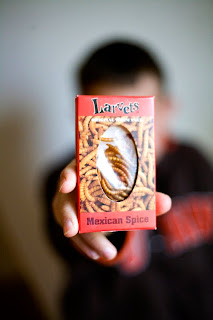 Our daughter is currently learning about different habitats for science class. A few weeks ago we learned about the desert habitat and the various animals that live there. I decided that it would be a good to watch an episode of Survivorman to learn a little more about what a desert habitat is like. For those of you that haven’t seen Survivorman, it is a show where he gets put in a harsh environment with his own camera and he has to survive for a week. While we were watching it he caught some grasshoppers to grill over the fire and eat. My oldest son said he wouldn’t have a problem eating grasshoppers. Being the father I am I tucked this away for future reference.

Last week I was downtown and I remembered that the planetarium sells bugs that you can eat so I went and bought a few to bring home. I bought some Larvettes and my kids thought it was pretty interesting to eat them. My youngest boy wouldn’t have anything to do with them but the rest of us tried them. It was like eating the husk of some wheat with a little seasoning. In case you are wondering, I grew up on a farm so I have eaten wheat husk accidentally. 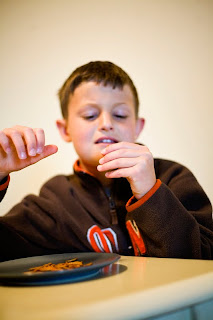 You may ask what this story has to do with our blog. We have done a few articles about Michael Pollan and his books. He believes that you should only eat things that have five ingredients or less. We also have talked about the problem with too much sugar in our diets and foods, specifically the evils of corn syrup. Imagine my dismay when I looked at the ingredients list for Larvettes and saw that the first ingredient was larva and the second ingredient was sugar. It then went on to list various oils, and other ingredients that I can’t pronounce. I lost the box so I can’t tell you exactly what was in it but it had to have had at least 12 ingredients and most of them sounded like something you would use in a science experiment. 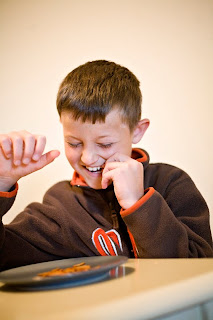 Now this article is partially in jest, but I can’t believe that I can’t buy larva that hasn’t been overly processed. Why do I need sugar in my larvae? It’s not really going to make them more appealing. They are mainly a novelty but our culture has become so accepting of processing food and adding sugar that even our larvae are unhealthy.

This was just a good reminder to me to check ingredients and try to watch what I eat. One of the best ways to eat healthy is to grow our own food, or buy it from local farmers at a farmers market. It is also important that we try to cook our own food. We don’t always do this in our house and we still eat processed foods but we are trying to do better.

Email ThisBlogThis!Share to TwitterShare to FacebookShare to Pinterest
Labels: Michael

This is really funny. Thanks for the laugh.

"I can’t believe that I can’t buy larva that hasn’t been overly processed." --I laughed so hard when I read that line! Indeed. :D

"Why do my larvae need sugar?" and "From now on when I eat larvae, I am going to grow my own." ---LOL!! Those two comments cracked me up!

Wow! What a great way to start the day. Your kids are gutsier than mine. Hats off to you!